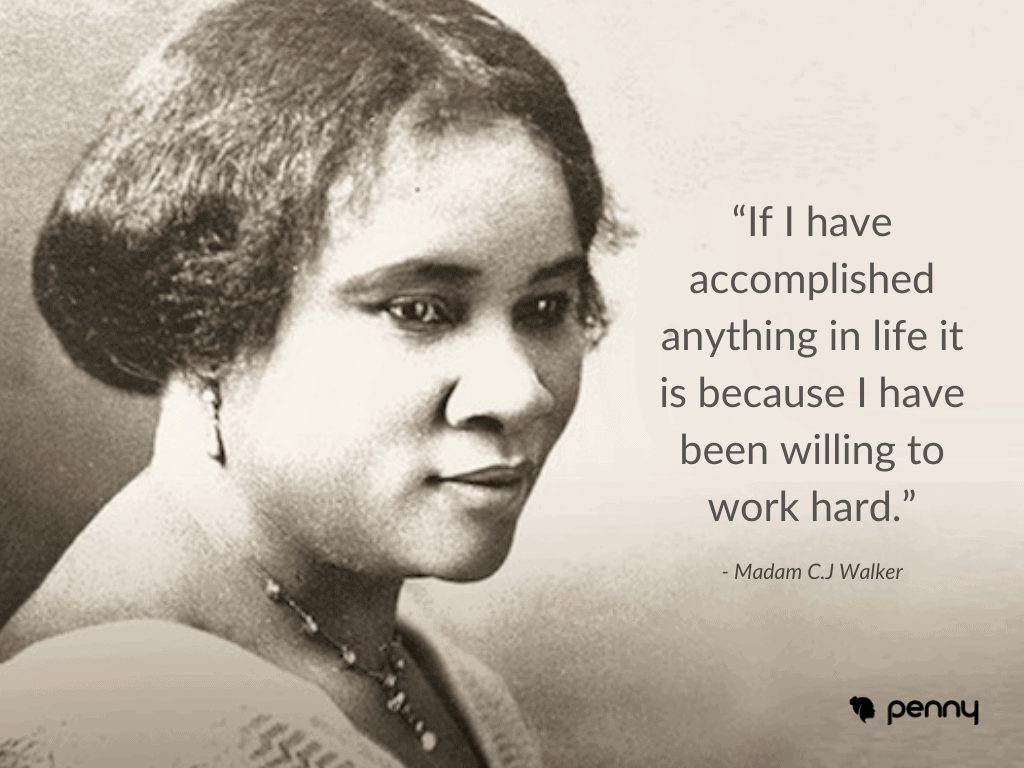 In celebration of Black History month, we wanted to highlight a story about Madam C.J. Walker, one of direct sales’ incredible historical figures. Cited as the first Black self-made female millionaire in the United States, Madam C.J. Walker founded her own network marketing business. Her goal was to empower Black women to feel beautiful and give them the agency to improve their lives.

So… who was Madam C.J. Walker? 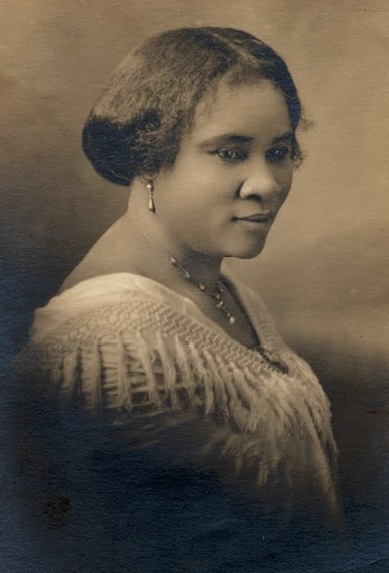 Madam C.J. Walker is an inspiration for so many reasons.

As a Black woman, circumstances of the time were stacked against her, but she fought to give herself a place in business where she could elevate herself and other Black women around her.

She wanted to celebrate Black women and make them feel beautiful in a time when beauty was equated with whiteness.

Along the way she created an empire that gave Black women the opportunity to not just purchase custom made hair products but contribute to their financial freedom.

As her wealth and notoriety grew she used her power and voice to speak on political, economic and social issues affecting the Black community. She sat on multiple committees including the New York chapter of the National Association for the Advancement of Colored People (NAACP) and she donated funds to support many charities and institutions including the NAACP’s anti-lynching fund. Even in death, her will stipulated that two-thirds of her estate’s future net profits were to go to charity.

Madam C.J. Walker's story is incredible. She built an empire selling hair care products by creating an opportunity for Black women so they could improve their financial security and take control of their lives. Those issues are still relevant today and her approach and tenacity are inspirational.

Let's take a look at her story.

Sarah Breedlove was born in 1867 on the Delta Louisiana plantation; The same plantation where her parents were enslaved before the end of the Civil War. Orphaned at age seven and then married by fourteen to avoid an abusive family situation, Sarah had no choice but to work in the cotton fields from a young age to support herself. The realities of being a young Black woman in the 1800s meant she had little to no formal education. On paper her options were limited but it was her spirit, business-savvy gut instincts and tenacity that would eventually lead her to be the first self-made Black female millionaire in America.

In 1890, Sarah suffered from a scalp irritation that caused her to lose most of her hair. Seeking treatment, she found Annie Malone, a black female entrepreneur selling hair care products. At the time Sarah was a laundress, but after seeing how Annie Malone was creating a new life for herself, in1905 Sarah moved to Denver to join Annie Malone’s sales team. Under Annie’s tutelage, Sarah started to understand the power of sales and how it could transform not just her life but so many others if she kept on duplicating herself and her process.

During this time she met and subsequently married her third husband, Charles Joseph Walker. After her marriage, she renamed herself Madam C.J. Walker and launched her own business selling ‘Madam C.J. Walker’s Wonderful Hair Grower’ (she claims the idea came to her in a dream). She made her own hair care products that were designed purposefully for Black women that would condition and heal the scalp. 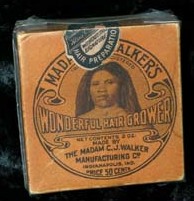 The Next Step - Building a Direct Sales Empire

In 1908, Madam C.J. Walker’s dreams became a reality when she opened the Lelia College (named for her daughter) to train her ‘beauty/hair culturists’ to sell her products.

Two years later, after settling in Indianapolis, she built a production factory, a hair and nails salon and a second training school. Testament to her success and her commitment to bettering the Black community, within a year, from her profits, Walker donated $1,000 to a fund devoted to building the first Black YMCA (Young Men’s Christian Association) in Indianapolis.

Eventually, Madam C.J. Walker took a step back from her Indianapolis headquarters and left the running of the business to her employees, most of whom were women (a very rare occurrence back then). 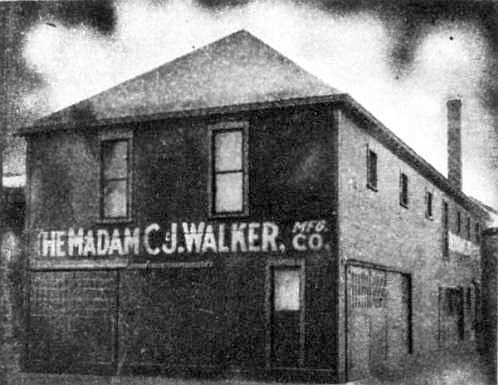 From here, Madam C.J. Walker opened a salon in New York and built a house that would become a cultural hub for African Americans in the city. By 1917 it was believed that Madam C.J. Walker had trained 20,000 women. She didn’t just train them to be beauty culturists for her business but she also taught them how to budget and gain financial independence over their own income.

As her numbers grew, Madam C.J Walker started to organize sales associates by State like the National Association of Colored Women.

In 1917, Madam C.J Walker held her first ever convention inviting all of her sales associates. Her event is believed to be the first gathering of female entrepreneurs to discuss business. Madam C.J. Walker awarded prizes to women who sold the most products and who brought on the most new beauty culturists. Most notably, she rewarded the women who made the largest contributions to charities.

At the time of her death, in 1919, Madam C.J. Walker’s business is believed to have had over 10,000 employees. Her company continued to grow after she passed as it expanded beyond the United States.

Netflix adaptation - Self Made

In an interview with A’Lelila Bundles, Madam C.J. Walker’s great-great-great granddaughter, she comments on a line in the Netflix adaptation that she’s incredibly glad was included in the final script.

‘“I’m only here to make Black women feel beautiful.” I love that they included that because it's such a common thought that Walker made relaxers and the hot comb so that everybody could look like a white woman.’

A’Lelia Bundles shared her thoughts on the movie in an article What Netflix gets right and/or wrong in the Netflix adaptation. She especially stressed that it’s important that the world knows that her great-great-great grandmother didn’t invent the straightening comb or chemical perms. Madam C.J. Walker created and sold products specifically for Black hair and to relieve scalp irritation.

We hope you’re inspired by Madam C.J. Walker’s story. We certainly enjoyed learning about a powerhouse of our industry as a way of celebrating Black History Month.