Advice for Women Starting a Career in Tech 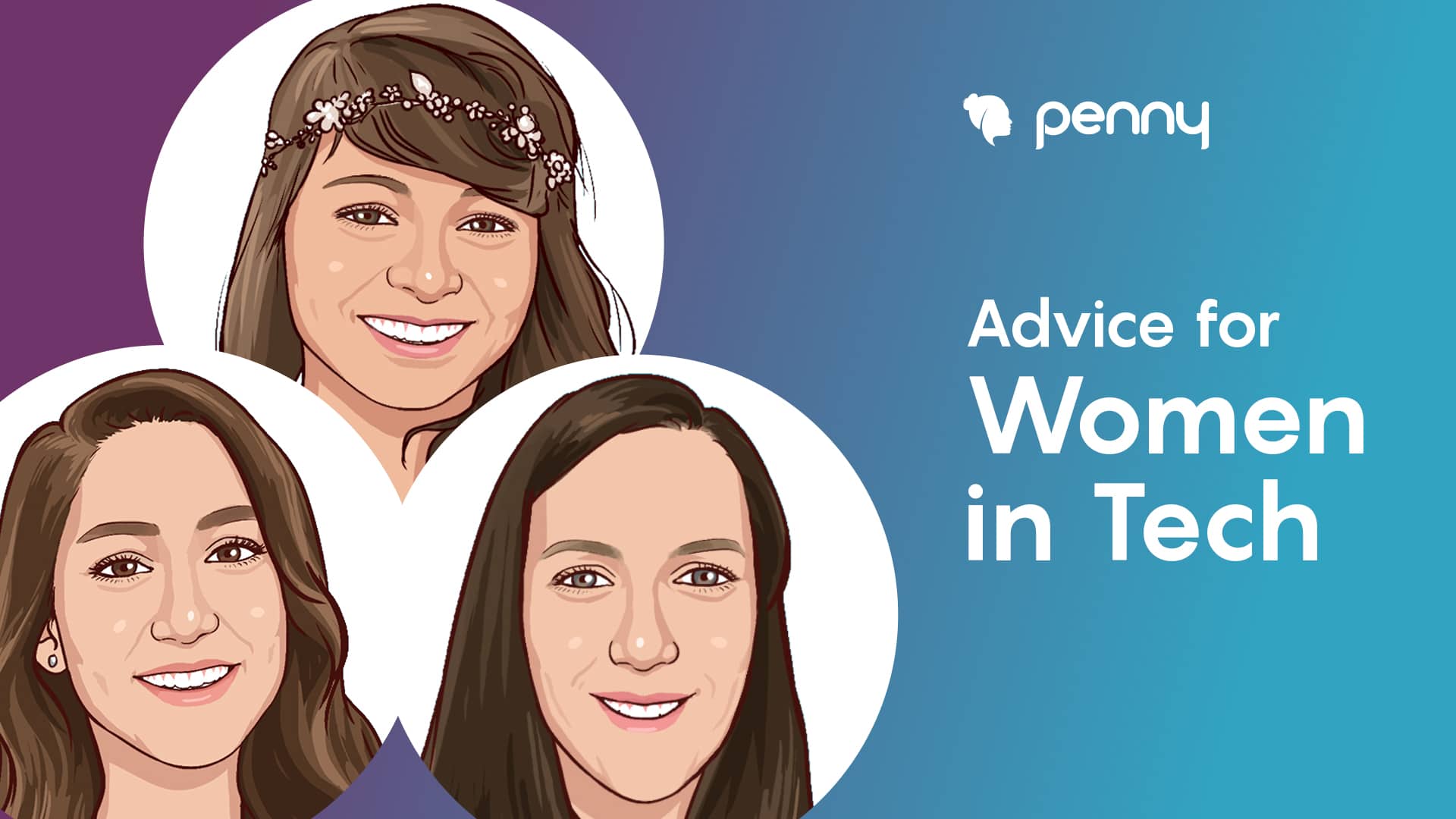 Are you starting your career in tech? Looking to pivot your role and enter a new industry? Or seeking advice on how to take your tech career to the next level? Sarah, Dana and Paula share their advice on how they started a career in tech and what's helped them grow in confidence and skill level throughout their carreers.

In general, software development departments often have very few women team members — fewer women apply for the roles than men and then even fewer get the roles on the team. Then among women who join the tech industry, 56 percent leave by mid-career, which is double the attrition rate for men. This is something we’re hoping to change at Penny. Having a diverse team adds to our company culture and broadens our perspectives on how best to solve problems for our global customers, and is a key part of our commitment to Diversity, Inclusion and Belonging. (Our dev team is in a massive growth phase, check out our vacancies here!)

At Penny we have female developers at all stages of their careers from a variety of backgrounds — engineers, mathematicians and even a qualified dietician — in this video they share their experiences and advice for starting a career in tech.

Women in Tech Advice from Sarah, Dana and Paula 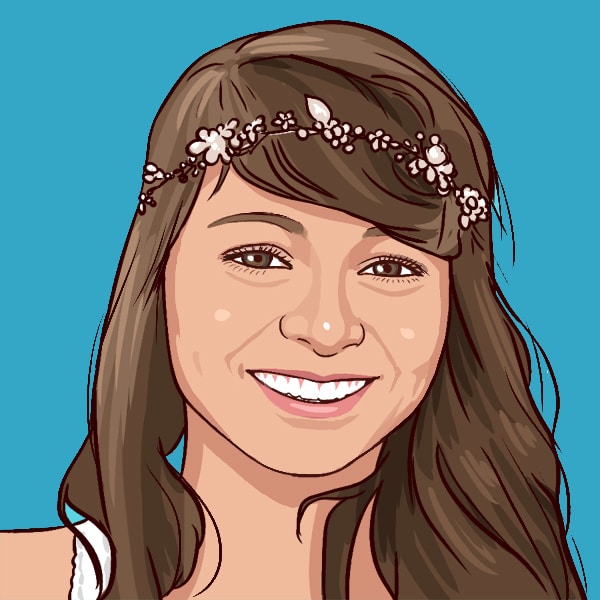 Sarah took an unconventional route into software development (but really, what is a conventional route?), she has a Bachelor of Science in Nutrition and Dietetics. Although passionate about nutritional sciences, she realized early on that healthcare wasn’t the career path for her. So she pivoted and made a career around her beloved hobby…coding!

I know that when I first started thinking about transitioning into software development that I have read all the statistics, and I read a bunch of blogs where women had had bad experiences, I just decided that I wasn’t gonna let those hold me back. And I wasn’t gonna let those things make me afraid to try to build the career that I wanted for myself, I’m so glad that I just ignored it and continued on. – Sarah Tulkki, Backend Software Developer 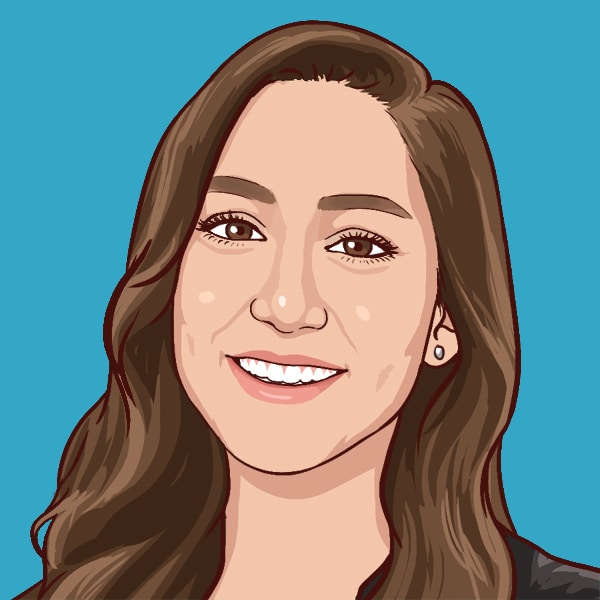 After completing her BSc in Mathematics Dana was embarking on the daunting prospect of joining the workforce. First, she did one final ski season and capped off her tree planting career with some forest firefighting work in northern BC. To fund her activities and gain some experience, she worked for sandwiches as an intern at Penny while she continued to enjoy the first summer she had since the start of university and summers full of tree planting. As the summer ran out, she found she could work for more than just sandwiches and she was offered a permanent position at Penny becoming employee number 7.

I knew nothing. That’s not an exaggeration. I didn’t know how to code. I didn’t know what machine learning even was, I kept thinking, What value do I add? Why did they hire someone who has actual experience in this or at least a DICOM sigh, I realized that while I knew nothing for the job I was hired to do. That didn’t mean I knew nothing. I could understand the mathematics behind machine learning which bit of my learning curve of x learner in general, which allowed me to learn the different languages quite quickly, I asked questions that aren’t normally asked because of my background, which made members of the team think about things in a different way. I provided value by bringing a unique perspective and a willingness to learn. I believe that anyone can learn to code. And that’s not where your value lies, your unique perspective curated by your background and your culture, your education, your employment history, and especially as a woman is where your value lies. My advice is to know your value. – Dana Padoin, Junior Data Scientist 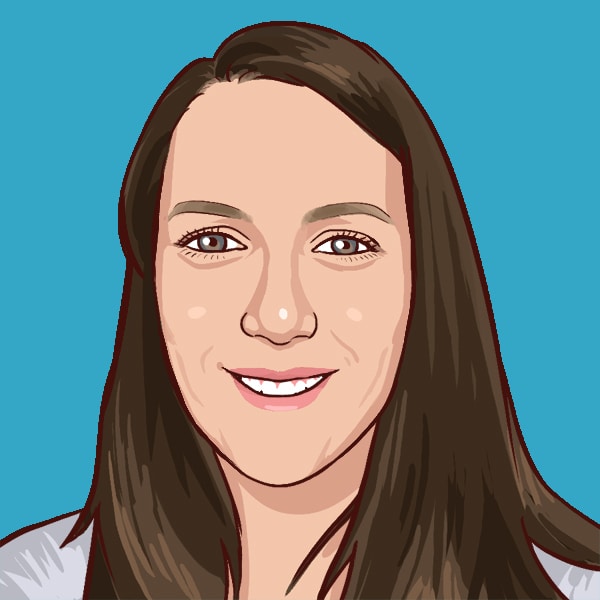 Paula is our amazing Backend Team Lead. She has a BEng in Computer Engineering and has almost twenty years experience in software engineering. Paula is also an active member of our Diversity, Inclusion and Belonging committee. Most recently she presented a talk/quiz on how different cultures celebrate Halloween around the world. Did you know that in Ireland/Celtic cultures people used to carve Halloween turnips? (Who knew!)

It’s really good to share experiences and see what other people who’ve gone through, and to learn how society has shaped us and how we behave. With this knowledge, and with everyone encouraging each other, then you learn to play the game, and sometimes even get to change the rules.
– Paula Keohan, Team Lead of the Backend Team